The Internet has become very different from its initial configuration.

The Internet and its surrounding technologies and structures hold an ever more pervasive and detailed influence over all our lives, from equality of access to freedom of expression, from human and cultural development to democracy itself. Its structures are reflections of its creators, and define who and what is important, who and what is ignored, and, who or what holds power.

The structures of the Internet affect us more deeply than ever before, reaching out to all aspects of our lives, from our societies and cultures to our finances and politics – to our very individual human behaviours and identities.

The Internet Commons Forum aims at gathering thinkers and doers that are developing ideas and solutions for a less concentrated and more just Internet. 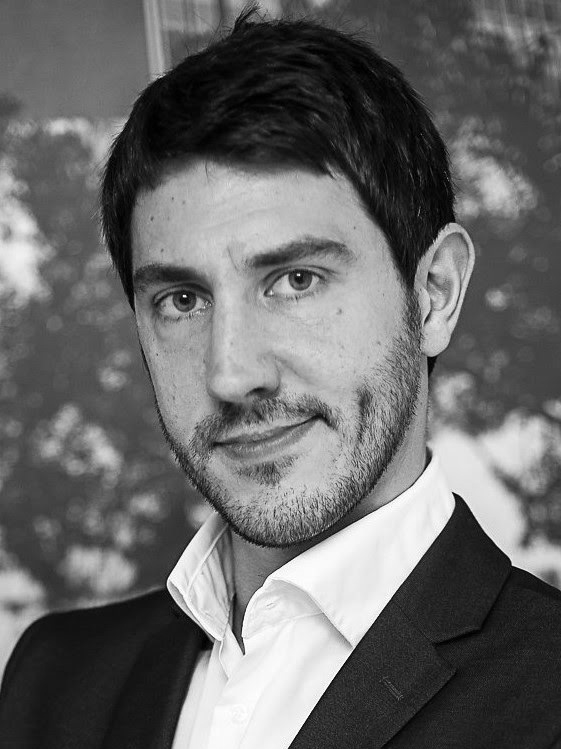 Luca Belli, PhD is Professor of Internet Governance and Regulation at Fundação Getulio Vargas (FGV) Law School, where he heads the CyberBRICS project, and associated researcher at Centre de Droit Public Comparé of Paris 2 University. Before joining FGV, Luca worked as an agent for the Council of Europe Internet Governance Unit; served as a Network Neutrality Expert for the Council of Europe; and worked as a consultant for the Internet Society. Over the past decade, Luca has authored and edited more than 30 research outputs in English, French, Italian, Portuguese and Spanish, amongst which “De la gouvernance à la régulation de l’Internet” (Berger-Levrault, 2016); the “Net Neutrality Compendium” (Springer, 2016). Luca holds a JD in Law from the University of Turin and a PhD in Public Law from Université Panthéon-Assas Paris 2. 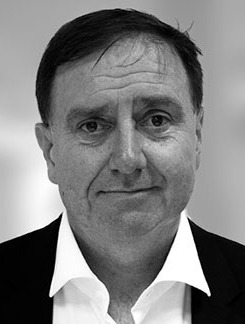 Adam is a passionate Internet technologist, pioneer and advocate, with over 25 years of experience in the human centered “full stack” of digital communications.

He was technical manager of Australia’s first national ISP (member of the Association of Progressive Communications) specialising in facilitating human rights, NGOs and social change groups’ online communications needs. Adam worked in health and justice sectors, bringing emerging standard practices of information security and risk management to the handling of data vital to human and social well-being. He has recently engaged in EU research securing personal data processing within public clouds, together with product development of decentralized personal information management systems and consent management for transmission, storage and processing of personal data. 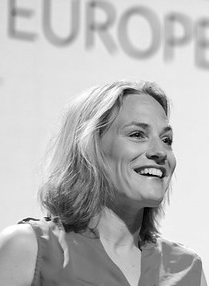 Sophie Bloemen is an activist and policy advisor based in Berlin, and founder of Commons Network. She has been a consultant to DNDi since 2014 and has worked the field of access to medicines, trade and innovation since 2007. She formerly worked with Health Action International (HAI) and advised several other NGOs focusing on the EU trade and innovation agenda, as well as global developments at the WHO. Her work also took her to Latin America working in a coalition of civil society groups on EU-Andean trade negotiations and other developments in the region. Sophie currently co-runs Commons Network, a civil society initiative based in Berlin and Brussels bringing the commons perspective to policy and promoting access to knowledge. She started her career at the European Commission in Brussels and studied Political Economy and has degrees in philosophy, political economy and International Relations, from the university of Amsterdam and London School of Economics. 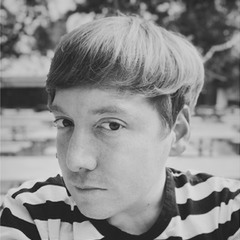 Cade is a designer, writer and researcher who focuses on weaponised design, identity, infrastructure and politics. After prototyping Signal with Open Whisper Systems, he’s spent six years leading design teams focused on secure software and emerging cryptocurrency technologies. He was Chief Creative Officer at SpiderOak, a Snowden-approved cloud storage company, researching new approaches to web of trust and design-led digital security. Since 2017, he is the Design Lead at Tactical Tech and resides in Berlin, Germany. 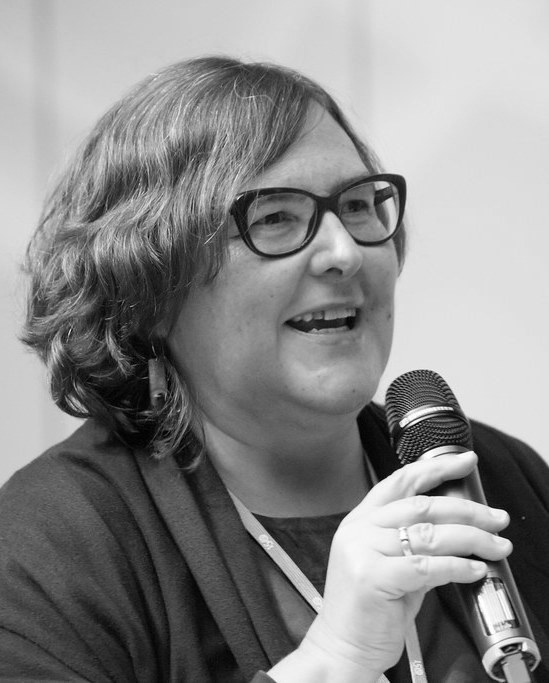 Anriette Esterhuysen was the executive director of APC until March 2017. Prior to joining APC, Anriette was executive director of SANGONeT, an internet service provider and training institution for civil society, labour and community organisations. She was active in the struggle against Apartheid from 1980 onwards. From 1987 to 1992 she did information and communication work in development and human rights organisations in South Africa and Zimbabwe and, with many others, helped establish email and internet connectivity in Southern Africa. Esterhuysen was also a member of the Multistakeholder Advisory Group of the Internet Governance Forum from 2012 to 2014. She holds a BA in social sciences and postgraduate qualifications in history of music and information sciences from the University of the Witwatersrand in Johannesburg, South Africa. 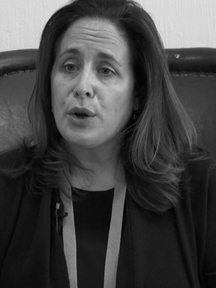 Jane Coffin is responsible for development strategy at the Internet Society, where her work focuses on coordination of collaborative strategies for expanding Internet infrastructure, access, and related capacities in emerging economies. Prior to joining ISOC, Jane worked on Internet and telecommunications policy issues for the Office of International Affairs at the National Telecommunications and Information Administration – U.S. Department of Commerce. She was an active participant in Internet discussions in the ITU, OAS-CITEL, and OECD, working closely with the five regional Internet registries (RIRs) and other Internet technical community stakeholders. She holds a BA in Classics from the University of Massachusetts at Amherst, attended the College Year in Athens program in Athens, Greece, and was an AFS exchange student in Falun, Sweden (1985-86). 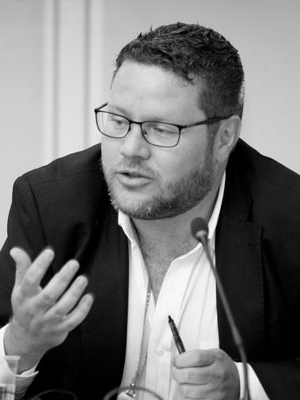 Carlos holds a PhD and master’s degree in Sociology from ICSYH-BUAP and a bachelor’s degree in communication sciences from UDLAP. Carlos is CITSAC’s General Coordinator and Research Coordinator in REDES A.C. He is an expert on Indigenous Peoples’ issues of the International Telecommunication Union (ITU). Coordinator of the training program for community technicians “Techio Comunitario” in its international version. He has served as a teacher at several universities in Puebla and currently teaches courses at the Tecnológico de Monterrey Campus Puebla. He has developed several studies and publications on community media and rural and indigenous telecommunications projects. 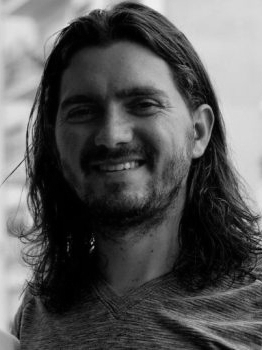 Nicolás Pace is the community networks movement building coordinator. He is also a part of AlterMundi A.C., a grassroots organisation supporting rural underserved communities in their pursuit of creating their own telecommunications infrastructure, their own piece of the internet. In doing so, Nicolás has travelled to more than 15 countries, getting to know many of the community networks out there, and getting to understand the diversity and complexity of the field. Lately he has been working together with REDES A.C., a grassroots organisation from Mexico, in supporting indigenous communities in their community network endeavours.

Anriette Esterhuysen was the executive director of APC until March 2017. Prior to joining APC, Anriette was executive director of SANGONeT, an internet service provider and training institution for civil society, labour and community organisations. She was active in the struggle against Apartheid from 1980 onwards. From 1987 to 1992 she did information and communication work in development and human rights organisations in South Africa and Zimbabwe and, with many others, helped establish email and internet connectivity in Southern Africa. Esterhuysen was also a member of the Multistakeholder Advisory Group of the Internet Governance Forum from 2012 to 2014. She holds a BA in social sciences and postgraduate qualifications in history of music and information sciences from the University of the Witwatersrand in Johannesburg, South Africa. 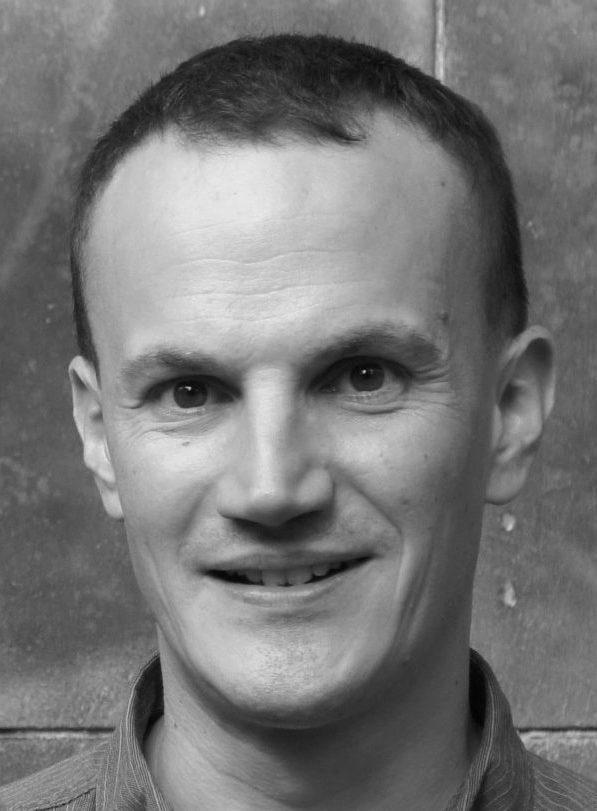 Mathias Jud was both born in Zurich and lives and works in Berlin. He works closely with fellow professor Christoph Wachter at the Weißensee Academy of Art Berlin, both have participated in numerous international exhibitions and have been awarded many international prizes. Their art works include open-source projects that uncover forms of censorship of the Internet, undermine the concentration of political power and even resolve the dependency on infrastructure. The tools, provided by the artists, are used by communities in the USA, Europe, Australia and in countries such as Syria, Tunisia, Egypt, Iran, India, China and Thailand. Even in North Korea activists participate. 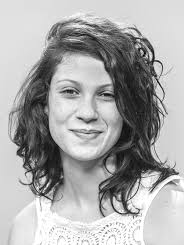 Director at InternetLab, and project lead for the Gender and Technology Project.

PhD candidate in Sociology of Law at the University of São Paulo, where she also earned her Masters degree. She currently coordinates, at the same university, the Law, Internet and Society Nucleous (NDIS-USP). Consultant of the Digital Collections Project at the Center for Technology and Society at FGV, where she also co-coordinated the Open Business Models Project, focusing on copyright in the digital music era (2012-2014), and taught the Intellectual Rights course (2014). At FGV, she was one of the legal coordinators of the Creative Commons Brazil.

She is a junior researcher at the Brazilian Center of Law and Democracy for Analysis and Planning (CEBRAP), where she co-authored researches for the Thinking the Law program (Ministry of Justice). She holds a Law degree from the University of São Paulo (LL.B., 2009), specializes in Intellectual Property Law and attended the World Intellectual Property Organization Summer School in 2011. She was also the legal coordinator of the Museum of Modern Art of São Paulo and currently coordinates the Copyright Working Group of the Museums Archives and Research (CAPES). 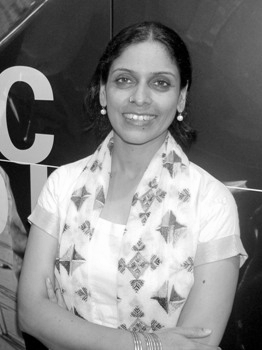 Anita Gurumurthy, IT for Change

Anita Gurumurthy is a founding member and executive director of IT for Change, where she leads research collaborations and projects in relation to the network society, with a focus on governance, democracy and gender justice. Her work reflects a keen interest in southern frameworks and the political economy of Internet governance and data and surveillance. Anita engages actively with policy makers, practitioners, social movements activists and the academic community to expand and deepen conversations on the public policy imperatives of the intertwining of the digital in all spheres of life. She also directs and draws inspiration from the work of Prakriye, IT for Change’s field centre, that works towards promoting women’s and girls’ leadership and digital capabilities. 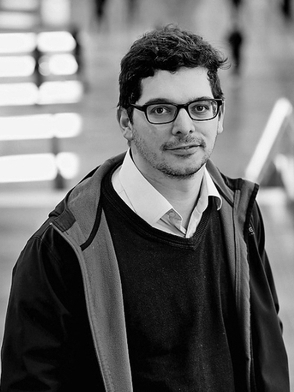 Paul-Olivier Dehaye is a mathematician and co-founder of PersonalData.IO, a service helping individuals regain control of their personal data. In his outreach work, he also helps journalists make sense of the complex web of laws protecting personal data worldwide. Most recently, he has contributed to stories on Cambridge Analytica, on MOOCs, on Uber and on “alt science”, for publications such as The Guardian, Das Magazin, Mediapart, Le Temps, Suddeutsche Zeitung etc. 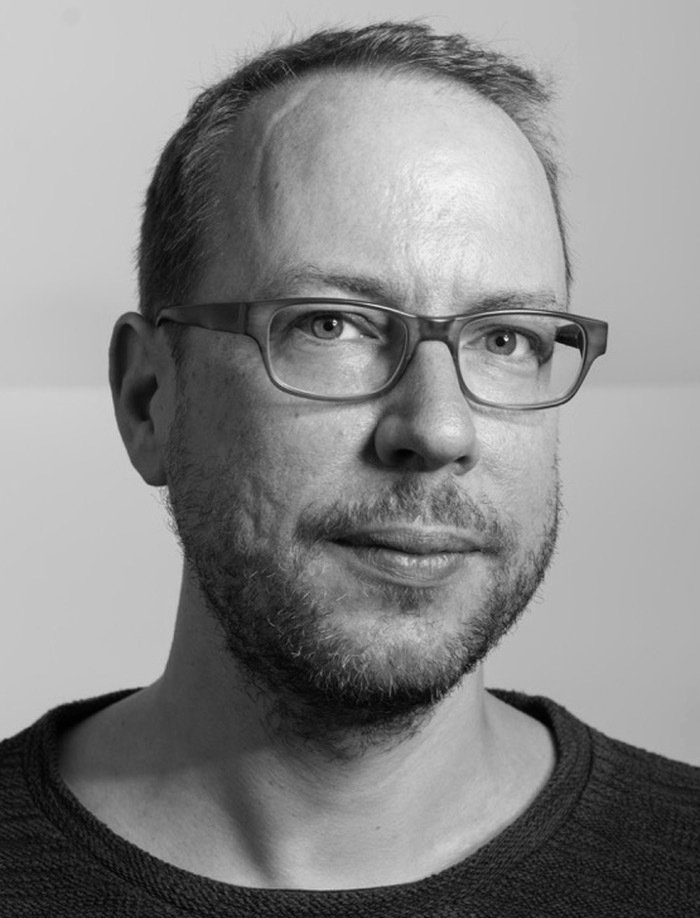 Markus Beckedahl is the founder and chief-editor of netzpolitik.org, german’s most-influential political blog. He is the co-founder of the re:publica, europe’s leading conference on internet & society and a co-founder and partner of newthinking, an agency working on open source strategies. Between 2010 and 2013 he was a member of the German Bundestag’s Study Commission on “Internet and Digital Society” and since 2010 he has been a member of the Media Council of the Landesmedienanstalt Berlin-Brandenburg (mabb). He is author and publisher of several books regarding topics of internet and society. 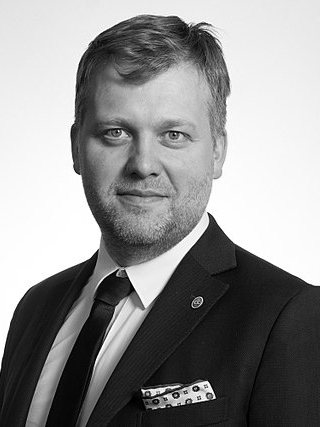 Alek Tarkowski, Centrum Cyfrowe
Alek Tarkowski is a sociologist, maker of digital strategies and public policies, advocate and researcher of digital society. Co-founder and president of Centrum Cyfrowe Foundation, Polish digital think-and-do tank. Co-founder of Creative Commons Poland, Communia, the European Association on the Digital Public Domain and Polish Coalition for Open Education (KOED). Member of the Board of Directors of Creative Commons and of the Steering Committee of Internet Governance Forum Poland.
Recently, he co-created “Shared Digital Europe”, a vision for European digital policy. Alumnus of the Leadership Academy of Poland (Class of 2017), in 2016 he was named New Europe 100 Challenger. Formerly, member of the Board of Strategic Advisors to the Prime Minister of Poland (2008-2011), member of the Polish Board of Digitisation, an advisory body to the Minister of Digitisation (2011-2016) and Junior Fellow at the McLuhan Program on Culture and Technology at the University of Toronto.
Since 2004 he has been active, in Poland and globally, in organizations and social movements building an open internet. His focus has been on copyright and intellectual property. His interests include broader digital strategies for societies, regulation of emergent technologies, digital skills and openness of public resources.

The session will be followed by a cocktail reception.